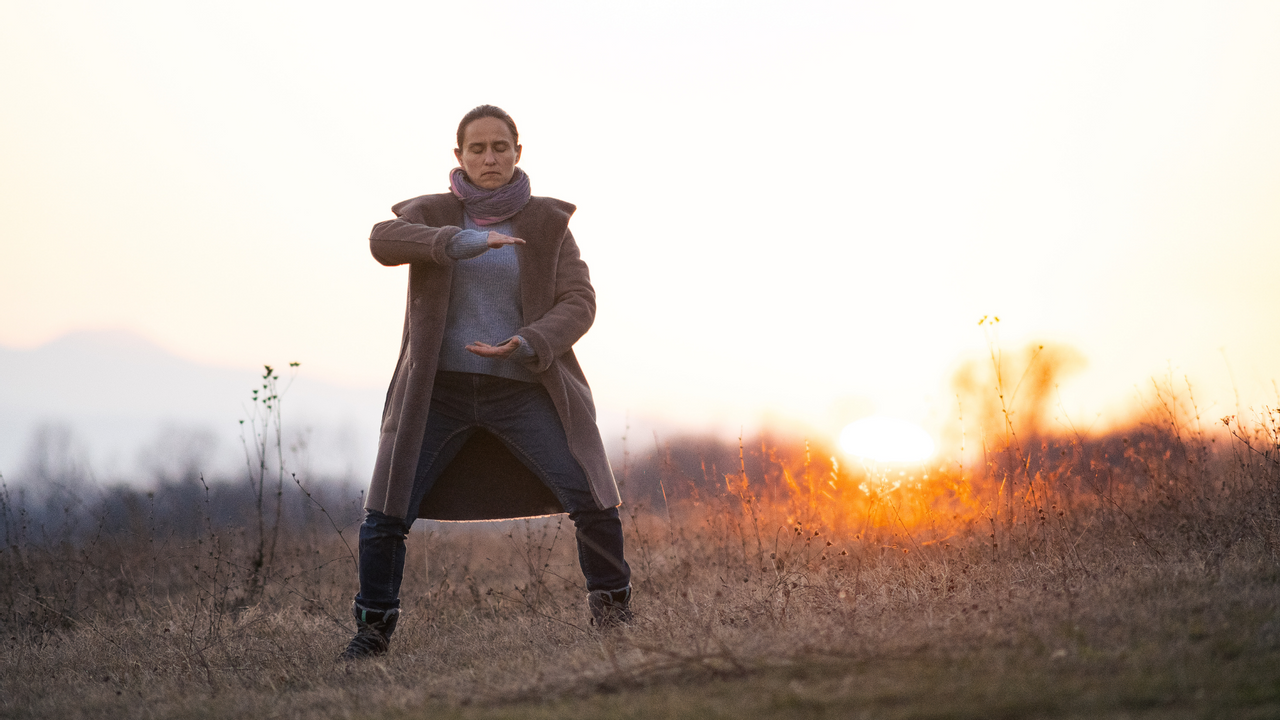 There are many different types of tai chi, and each one is used for a specific purpose.

Tai Chi can be practiced for self-defense, as a therapeutic exercise, or to maintain good health. But how do you know which type of tai chi to practice?

We've done the research so that you don't have to! This article will discuss the origins of Tai Chi, the importance of Tai Chi, and what Tai Chi forms are best suited for beginners. You'll also find out about some lesser-known forms that aren't well known in America but are very popular in China.

What are the forms of Tai Chi Chuan?

There are different forms of Tai Chi, and they are all beneficial for other reasons.

The Long Form (traditional form) is a slow, low-impact form that improves balance, flexibility, strength, and stamina as you progress through difficulty levels. It can be done in any environment - on your own or with others.

The Yang style Tai chi Chuan is an example of long-form Tai Chi.

The Short Form is a condensed and simplified version of Tai Chi Chuan done in 24 movements.

Short Form Tai Chi Chuan is a great place to begin practicing and experiencing the health benefits of the practice. 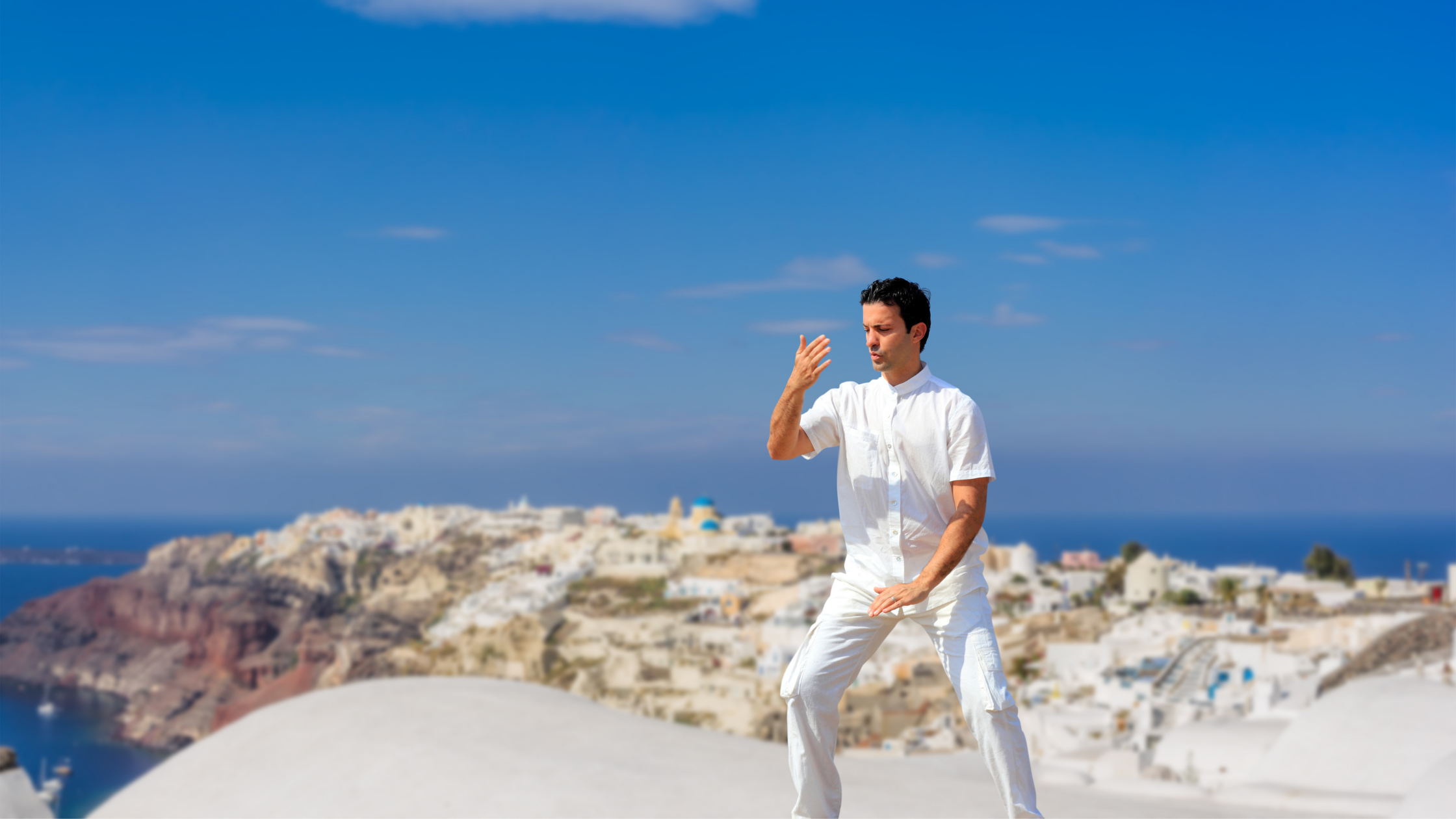 Tai Chi is a Chinese martial art and self-defense system that claims to use "Chi" or the life force.

Tai Chi is founded on five principles, called Five Animal Sports: Crane, Tiger, Swallow, Snake, and Dragon. Tai Chi's movements are said to be based on ancient dance forms from China for practitioners to train their minds and bodies.

As a martial art, Tai Chi is typically taught with the guidance of an instructor who will provide instruction to students and monitor their progress over time.

Tai chi can be practiced for health or recreation purposes. Still, it also has some history in Chinese military training and physical education classes at schools. 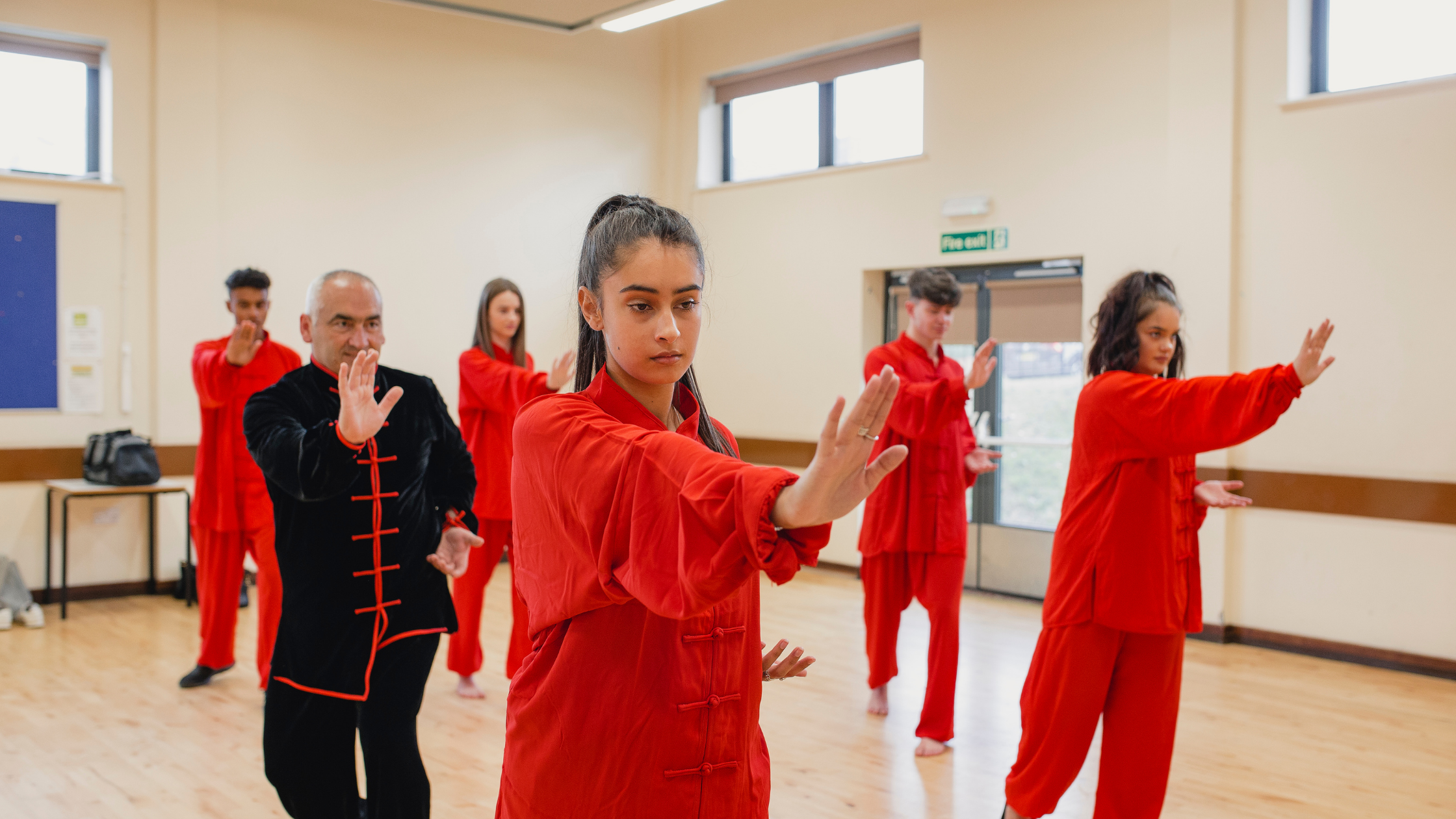 Tai Chi originates from China, and it is said to have been invented by Chang San-Feng in the late 13th century. Tai Chi is an art of self-defense and a form of exercise that has become popular all over the world.

Tai Chi was designed to replicate the movements one makes during martial arts practice without having any physical contact with another person.

One of the most well-known Tai Chi forms is Yang Style Tai Chi. However, there are many different styles of Tai chi that have been developed over time, and this article will detail several popular ones.

Tai chi can be practiced alone or with other people as an aerobic exercise to help improve flexibility, balance, coordination, and strength. It also has meditative qualities that relieve stress by clearing their mind while performing movements at a slow pace for around 15 minutes per session.

Qigong is Tai Chi 's main component. Tai Chi is a martial art, but it also includes meditation and healing practices such as Qigong. It's challenging to understand the benefits of tai chi without understanding what Qigong is.

It has been shown to improve blood circulation by opening up blocked micro-channels within muscles, so we're less likely to contract diseases from viruses/pathogens which live inside our blood.

Qigong can also be used in conjunction with other practices such as Tai Chi or acupuncture to help alleviate the symptoms of chronic conditions, including asthma, arthritis, and high blood pressure.

Tai Chi practitioners need to understand what Qigong is because it can profoundly affect their practice.

Qigong is not a martial art, but it does also use forms 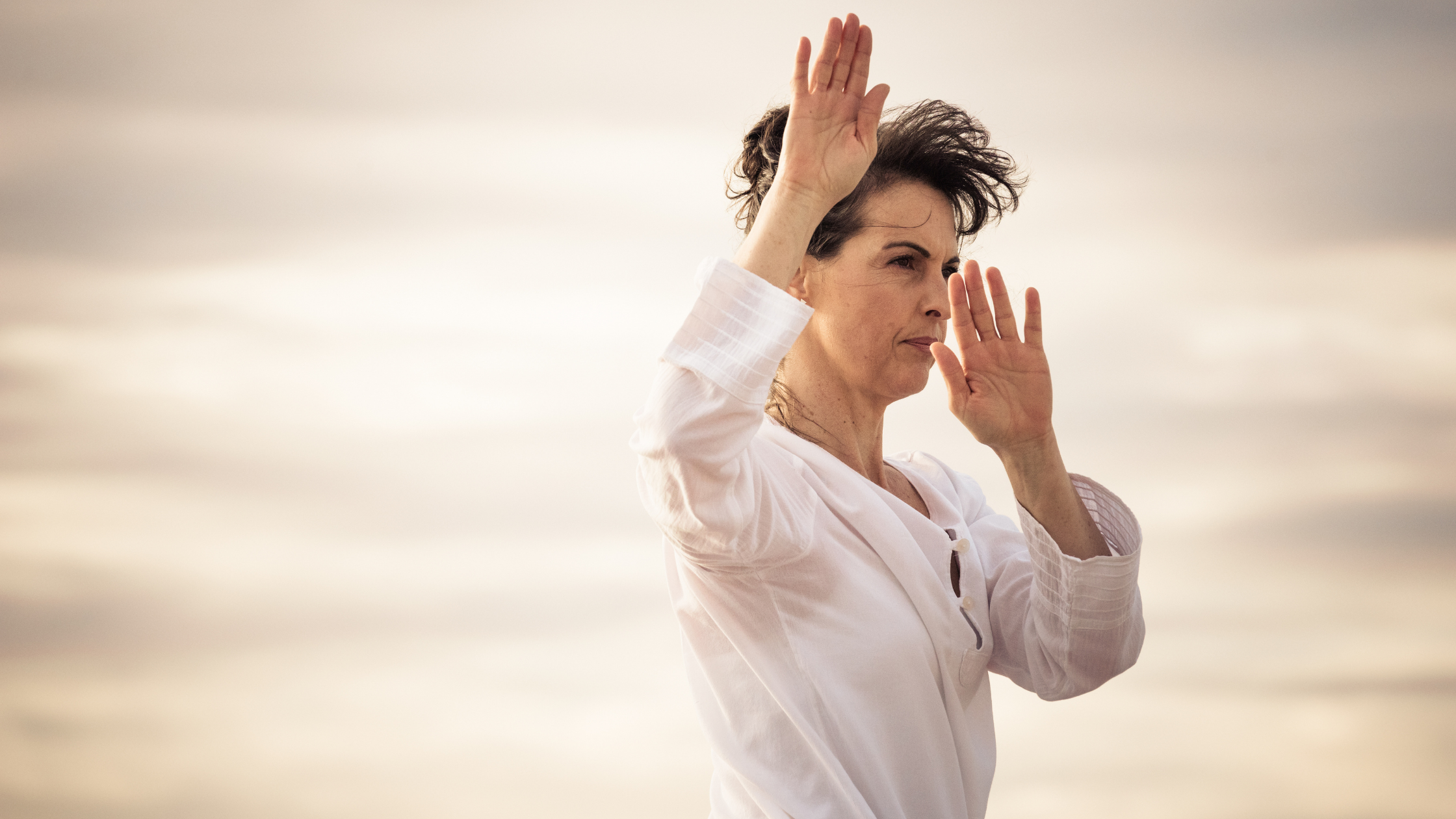 Qigong is a focused energy practice that uses movements to circulate qi (chi) within the body and bring it back to its natural state to return to its source.

Tai Chi exercises are more like moving meditation. At the same time, Qigong has set postures for you to consciously direct your heart rate variability, breathing patterns, muscle tension levels, and mind-body awareness into specific connections with each other.

Importance of the Tai Chi Form

Benefits can also be attained by studying a particular type of tai chi such as Chen style. For example, some practitioners may study different types of Tai Chi in order to increase their knowledge in the field when they become teachers themselves one day.

Practicing Tai Chi can help develop self-awareness which is necessary to understand others around you.

It also helps people become more aware of their environment and how they react in certain situations, essential for your mental fitness.

The end goal of Tai Chi training is not necessarily beating your opponent but rather a mastery over yourself. A skill that will serve you well in any situation where the stakes are high, and there's pressure on both sides.

Many practitioners believe that it becomes easier to live up to one's own ideas or principles while practicing Tai Chi. Because mastering oneself requires living with integrity at all times, whether standing still or moving about.

Tai Chi is also known as the "kung-fu of knowing yourself."

Tai Chi is a slow-motion kung fu, performed with grace and continuous motions.

Movements have cool names like "The Beautiful Maiden Weaves the Clouds" or "Grasping Sparrows Tail."

Tai-Chi is known for its balance between softness (yin) and hardness (yang).

Tai Chi is typically low-intensity exercises with longer holds than most exercises. However, they still provide benefits such as improved flexibility and strength in joints like hips, knees, shoulders, etc., reduced risk of injury due to the use of slow fluid motions instead of repetitive high impact motions.

Most forms are done slowly, but some have faster, explosive movements too.

The movement of Tai Chi is slow but not lazy, and soft but not weak.

How many different forms are there?

There are five families of Tai Chi which include:

This form was developed by Chen Wang Ting, a commander during the Ming Dynasty.

Chen Style Tai chi is the oldest and most obviously martial of the Tai Chi styles.

It is characterized by deep low stances, and footwork that slides along the inner side of the instep (called a “shovel step”).

Yang Style Tai Chi is the second oldest and most popular form of Tai Chi.

Yang style Tai Chi is a derivative of Chen style, though looks very different. It evolved into what most people today associated with Tai Chi and is called “large circle.”

The 3rd generation head of the Yang family, Yang Chen Fu (1883 - 1936) is responsible for spreading the popularity of Yang style Tai Chi throughout China and the West.

Wu Style Tai Chi is a style of Tai Chi that has been passed down through the Yang Family.

It can be practiced either standing up or sitting on the floor using an extremely gentle yet effective way.

This form does not require any partner work, so it's perfect for people with various ailments such as arthritis and other physical limitations to do this exercise independently.

The Wu style has more upright postures and shorter stances, and so is often adopted by older adults.

The Sun style is the most recently developed form of Tai Chi.

The creator was named Sun Lu Tang and is a blending of Wu style Tai Chi plus Xing Yi and Bagua - two other martial arts similar to Tai Chi.

Wu-hao style Tai Chi is a form also has a Yang style of movement.

Which form is the best? 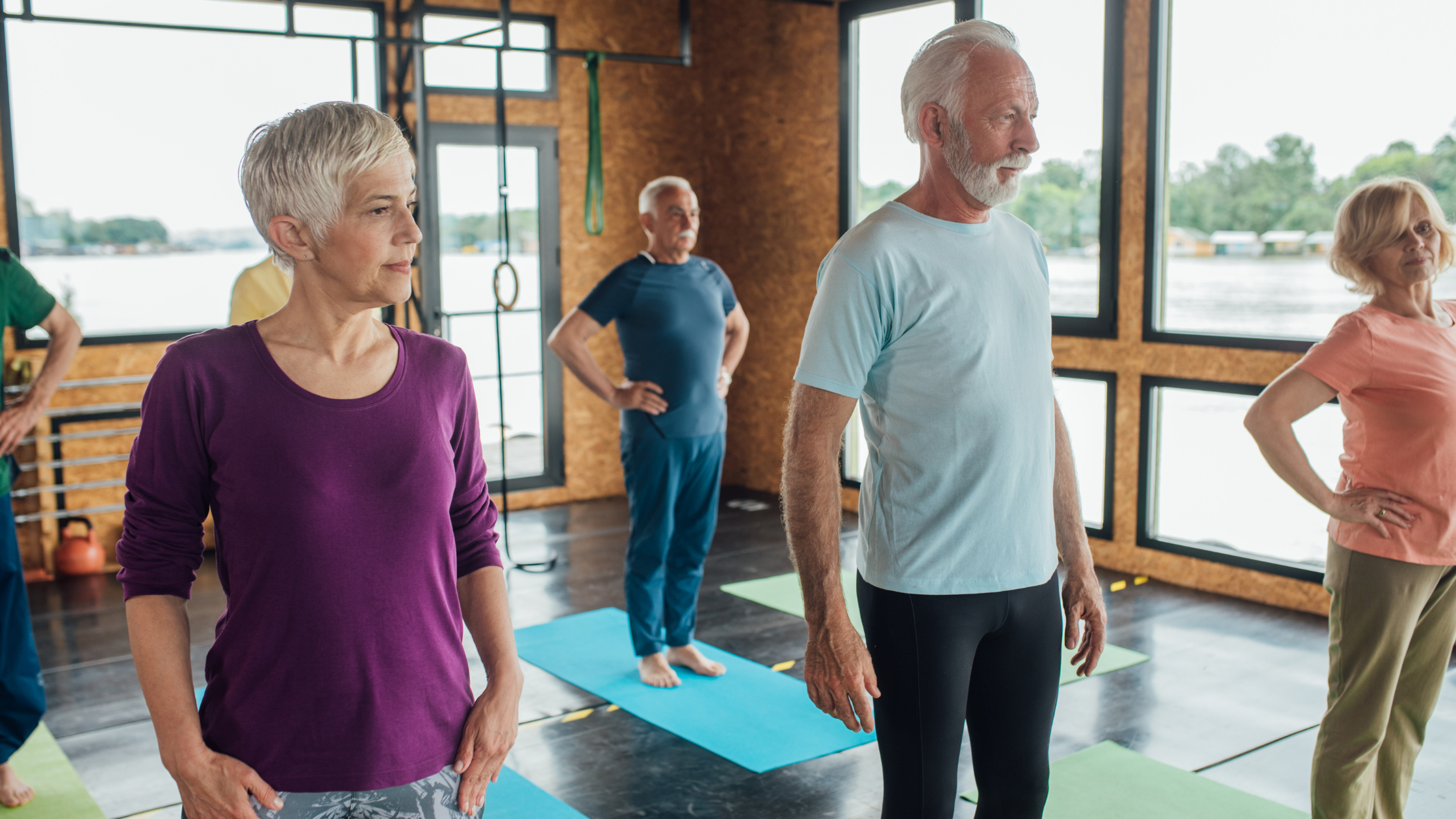 This question is like asking which flavor of ice cream is best. There isn't a "best" form. With Tai Chi, it really comes down to your instructor.

However, the most popular and well-known form worldwide is the 24-movement form.

Since more people know it, easier to find others to practice 24-movement Tai Chi with.

In my opinion, the best form for beginners to learn is the 9-movement form because this form of Tai Chi has:

Tai Chi is a Chinese physical fitness routine that has been shown to have significant health benefits. Many of the movements in Tai Chi are very similar to those found in other martial arts like Qi Gong and Taekwondo.

Still, as Tai Chi is more focused on promoting relaxation and reducing stress than strengthening muscles, there's a lot less jumping around during practice sessions.

Tai chi can be practiced by anyone at any age or skill level: it improves muscle tone for people with Parkinson's disease; strengthens joints for knee replacement patients; reduces fatigue and anxiety among cancer survivors undergoing chemotherapy; eases symptoms of the chronic obstructive pulmonary disorder (COPD).

Practicing Tai Chi is excellent for increasing a person's balance and preventing falls. Unfortunately, falls not only lead to injury, but also they can be fatal.

Tai Chi training also helps improve your agility and proprioception. The practice of Tai Chi trains the body to have more efficient movement while reducing any tendency for limbs to swing out of control or become uncoordinated.

This is because, with regular practice, your brain will map out a better understanding of how every muscle in your body should be working together to help you maintain balance during movement (proprioception).

Tai chi also increases awareness about which way limbs are moving relative to each other and what movements can cause imbalance.

These skills come from practicing slow motion and gentle forms that require precision coordination between breath and limb articulation. So it's an excellent complementary exercise routine for martial arts training or anyone who does sports such as gymnastics, figure skating, or dancing where agility is required.

The practice of Tai Chi movements has been shown to positively impact mood, depression, and anxiety.

Students of Tai Chi have seen improvements in their physical and psychological health.

Tai Chi can relieve stress, manage depression and help with anxiety while at the same time improving one's internal moods.

The practice of Tai Chi movements has even been shown to positively impact an individual's sleep patterns.

Shown to have healing effects for many diseases, especially heart disease, arthritis, diabetes, and stroke.

Tai Chi's ability to heal and benefit is based on its ability to stretch muscles, joints, ligaments, and tendons. It can also reduce the risk of heart disease by lowering blood pressure and cholesterol levels and improving cardiovascular function.

Tai Chi's positive health effects are not limited only to physical ailments. Practicing tai chi leads to improved balance in seniors, which may help prevent falls leading to injury or death from a fall-related event.

Tai Chi styles come with different movements that allow for stretching the arms, legs, neck, and torso while strengthening core muscles such as abdominal muscles.

No known side effects or contraindications, so great for all people

It's a slow-paced, low-impact holistic health fitness routine that focuses on posture and deep breathing.

Tai Chi has many benefits, including:

All Tai Chi styles are great for cardio fitness.

When practiced regularly, tai chi can improve your concentration and balance as well.

Fitness experts agree that it's one of the most effective types of exercise in existence today with ZERO adverse side effects!

It will take more than just reading this blog post to become an expert at Tai Chi, but we hope you have found these points insightful enough to get started practicing Tai Chi today!

We want everyone to reap the benefits and have created a 10 - minute flow experience that will get you introduced to the benefits of these healing movements! 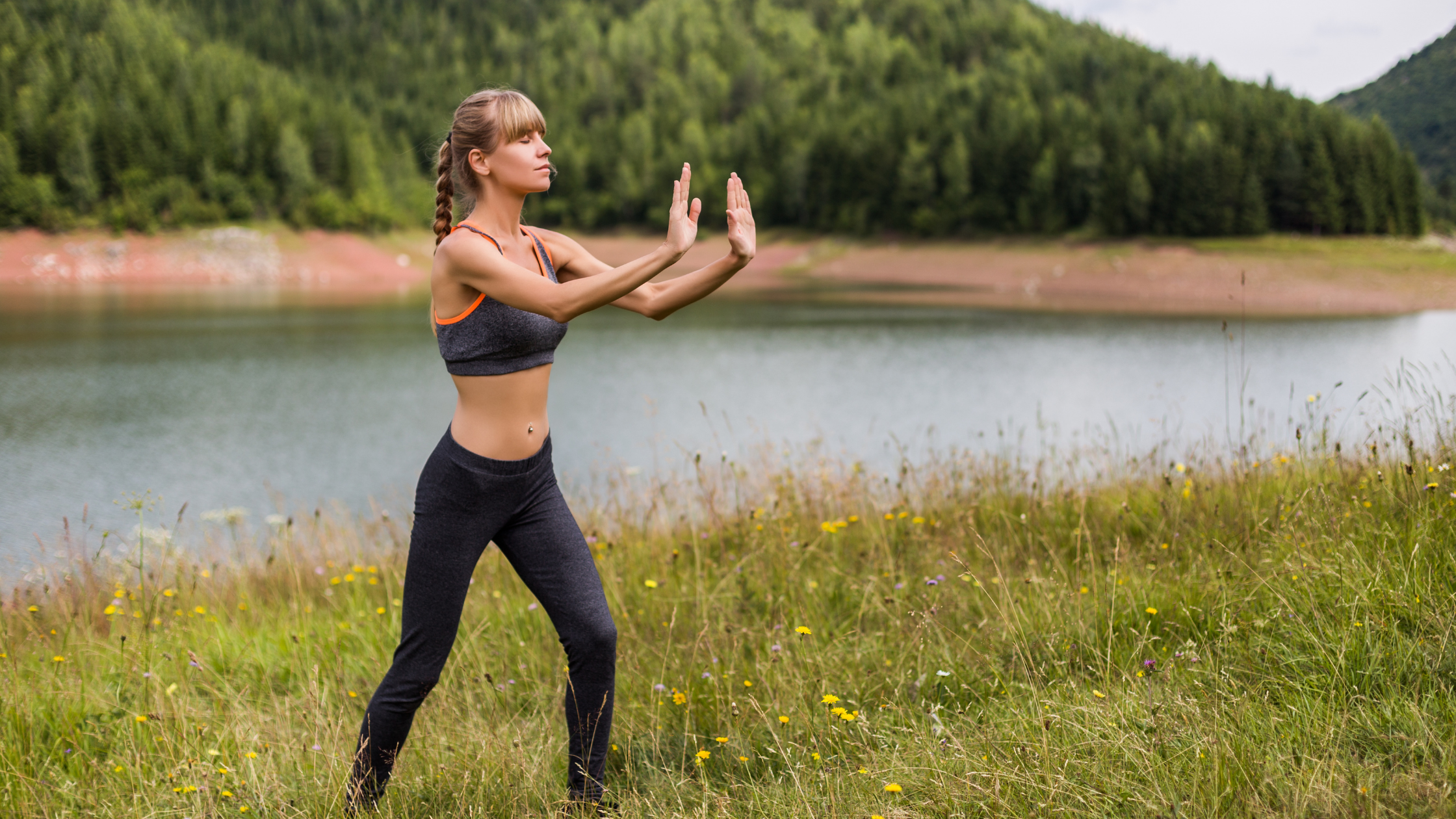 New moves, motivation, and classes delivered to your inbox.

We hate SPAM. We will never sell your information, for any reason. 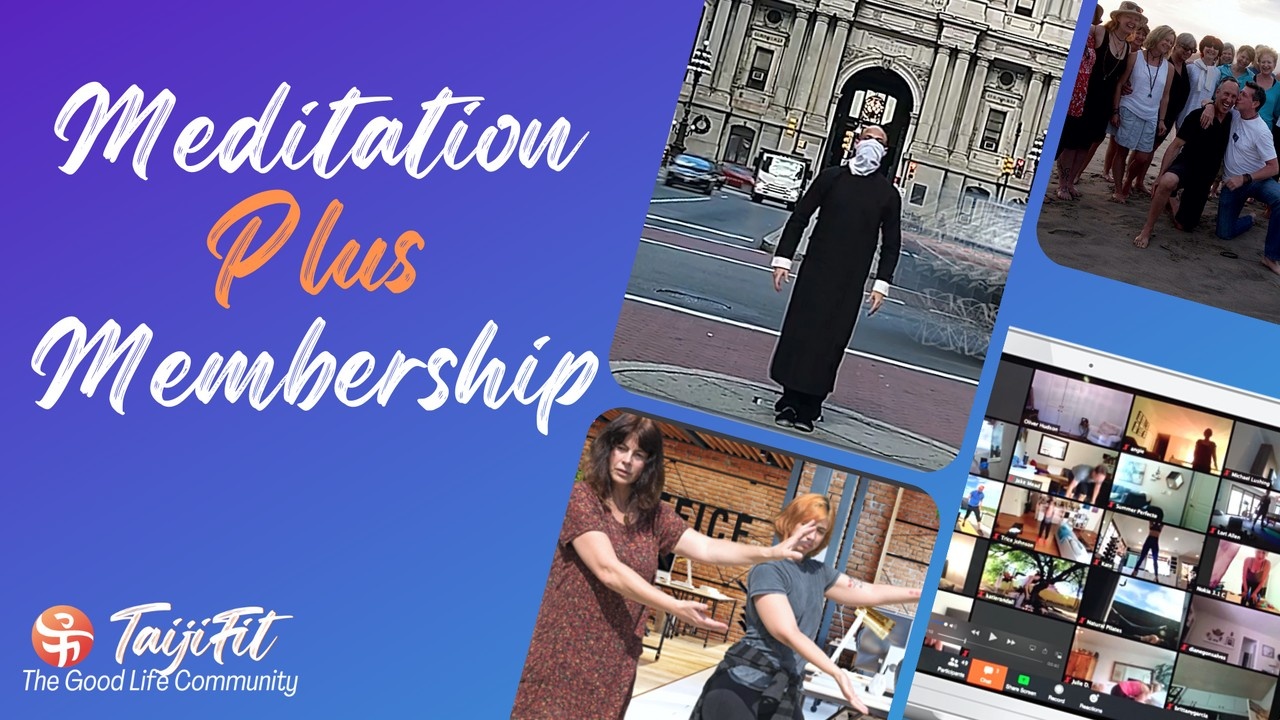 Only 20 spaces in each meditation group.